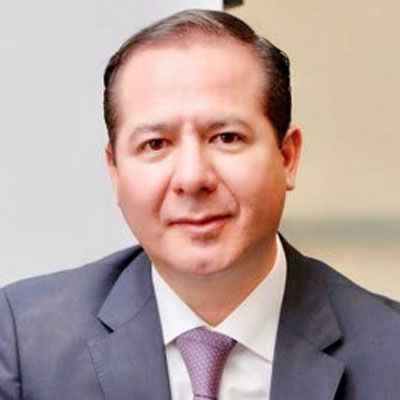 US Pharmacopeia, Board Member

Graduate in Law from the Escuela Libre de Derecho of Puebla, Mexico; with studies in Economic Development from the Complutense University of Madrid, Spain. He has mainly worked in the administration of regulatory bodies such as the Federal Commission of Economic Competition, the Federal Consumer Protection Agency and the Commission for the Protection against Sanitary Risks (COFEPRIS), where he has held various positions. In 2011, Sánchez y Tépoz joined COFEPRIS as Chief of Staff to the Federal Commissioner. He was responsible for implementing the institution’s comprehensive administrative simplification program. In July 2012, he was appointed Health Promotion Commissioner within the institution. In charge of being the central contact with the regulated industry, directing generic drug entry projects, releasing innovative molecules and designing processes to improve customer service. On March 7, 2016, President Enrique Peña Nieto appointed him Federal Commissioner for Protection against Sanitary Risks (COFEPRIS). He is now the founding president of the Latin American Association of Regulatory Affairs Professionals “Alo ProCiencias”, a non-profit organization focused on promoting good regulatory practices. Since mid-2020 he was appointed a member of the board of directors of the United States Pharmacopeia (USP) for the period 2020-2025.