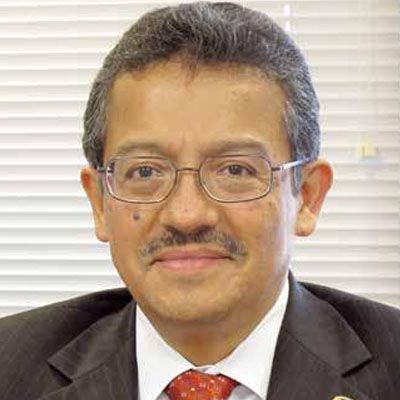 Cuauhtémoc studied at the Superior School of Medicine of the National Polytechnic Institute. He completed the Epidemiology Specialty at the School of Public Health of Mexico and the Residency in Applied Epidemiology at the Ministry of Health, a program offered in conjunction with the Centers for Disease Control and Prevention of the United States. Likewise, he is a graduate of the Senior Management Program for Public Entities of the National Institute of Public Administration in Mexico.

Cuauhtémoc has carried out his professional work mainly in the area of ​​applied epidemiology, participating directly in the study of outbreaks, health risks, attention to natural disasters, implementation of epidemiological surveillance systems and the creation of priority programs in prevention and disease Control. During the last 15 years he has collaborated in strengthening the immunization program in the countries of the Americas Region and participated in multiple WHO working groups related to immunizations.

He has vast experience as a teacher at the undergraduate and postgraduate levels, as well as a speaker in various national and international forums. He has published multiple articles in scientific journals.

He is currently a Consultant in Epidemiology and Public Health of the Ruiz Matus Group, “Strategy and Innovation”.